The SNES Classic is out and, good news, you can hack it and install other games on there.  You may be wondering, “Hey, I was born in 1997, what games should I put on there?” Glad you asked, because that’s exactly why I’m writing this — just for you.

Obviously people have their own tastes, but here’s a list of games that you just can’t go wrong with.

5. Super Star Wars
Super Star Wars, like most Star Wars games, is not just a cheapo movie tie-in, but a fantastic sidescroller for its time. You go through the plot of the movie and play as Luke, Han, Chewie, complete with vehicle levels where you ride the sand speeder and the X-Wing. In fact, you should probably install all the games in this series so you can find out how it all ends. Does Darth Vader kill everyone? You’ll have to play the game to find out.

4. Megaman X3
Megaman X is a great series, but X3 on SNES and X4 on PS1 are the key standouts. Not too many people got to play Megaman X3 as it had a pretty limited release. I remember hunting down this game, unable to find it anywhere but the most geeky of hobby shops. Megaman X3 is the first Megaman X game where you could play as Zero and its level design and power-ups are a dramatic step up from X or X2.

3. Super Metroid
Super Metroid is an all-time classic and it’s aged very well. The ambient music is haunting, the world is engrossing, and, frankly, it’s the reason Metroid is still around today. After Metroid 1 they had a Metroid 2 that was pretty ehhhh, but Super Metroid kicked the series into ‘beloved classic’ territory. It’s got that Metroidvania exploration style that’s become common in Metroid, Castlevania and tons of Roguelikes — guess where it came from? That’s right, Metroid. It also bizarrely has a pretty extreme emotional twist at the end for a game that has almost zero plot. 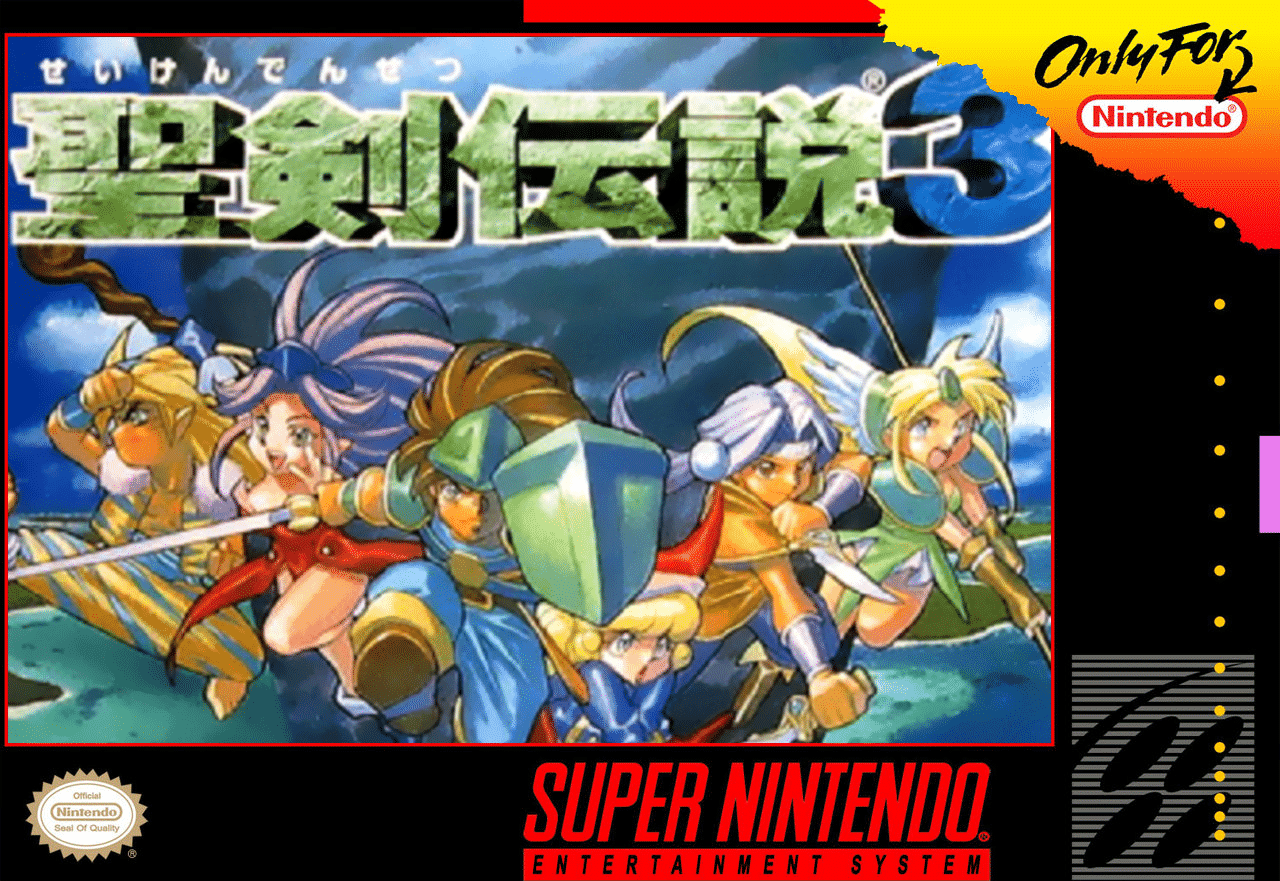 Most people know Secret of Mana, a very beloved game from many people’s childhoods. What a lot of people don’t know, however, is that Secret of Mana is actually the second game in a series called Seiken Densetsu in Japan and Seiken Densetsu had a third game on the SNES that is, I promise you, the best game in the series, including every installment of the Mana series that came after. Seiken Densetsu 3, also known as Secret of Mana 2, had you pick a party of three from six potential companions. It’s got class changing and a lot of replayability from all the different potential party makeups and class choices.

1. Chrono Trigger
I have no idea why this didn’t put this one on there by default, but it is the most classic of classic RPGs. It’s an RPG that transcends being an RPG — gamers of all stripes love this little gem. It was created by a ‘dream team’ of devs which included members of the Final Fantasy team and Dragon Ball artist Akira Toriyama, and it tells the story of silent protagonist Crono as he travels through time to prevent the end of the world with a princess, a frog, a robot, a cave woman and many other rad characters. It’s a relatively quick playthrough and it has one of the best soundtracks ever in games.

This Chrono Trigger Magus Guide will teach you all about Magus’s best equipment and his available techs in Chrono Trigger. If you’re playing Chrono Trigger, there’s a good chance you’re going to want to use Magus […]

This Chrono Trigger Frog Guide will teach you all about Frog’s best equipment and his available techs in Chrono Trigger. If you’re playing Chrono Trigger, there’s a good chance you’re going to want to use Frog […]

Which Breath of Fire game is the absolute best? There are five games in the Breath of Fire series. Six if you count the terrible offbrand free-to-play phone game that got shut down after like […]