I’ve been playing through a game called Aurion, Legacy of the Kori-Odan. It’s billed as the first RPG to come out of Africa. I’m not entirely sure if that’s true or not, but you certainly don’t see a huge amount of games coming from Africa, so it piqued my attention. Actually, it piqued my attention years ago — it first came out in 2016, but I’ve just gotten around to playing it now.

Aurion was developed in Cameroon by a studio called Kiro’o Games. Frankly, the story of their production is one of the most inspiring stories I’ve read in game dev. Usually, when you see a big indie hit, and you look into it, the story is “rich kid graduates from ivy league school, gets funding from parents/investors no one else has access to, makes a game that is basically a pixel art roguelike.”

That’s not what happened at Kiro’o. Their story is a story of dreams, passion, self-sacrifice and determination. Imagine being a kid in Cameroon, and wanting to grow up to be a game developer at Square Enix in Japan, and when you realize it’s not in the cards for you, you decide — I’m going to make this happen, hell or highwater. Development on the game started in 2005. The devs slept on floors, learned to code on weak computers with spotty internet access, and slowly moved the ball forward over 11 years until they made the game they wanted to.

Aurion is an action jRPG, with emphasis on the jRPG, like the Tales series, or Star Ocean. The story, world, music and overall style are all heavily influenced by African folklore and culture.

The plot of the game is basically the same as the plot of Black Panther, although, to be fair, Aurion did it first. Enzo is set to become the king of Zama, but right after his coronation ceremony, his throne is usurped by a buffer and more evil distant relative. Along with his wife, Erine, Enzo has to travel to the neighboring tribes in order to garner support for his bid to take back the throne. 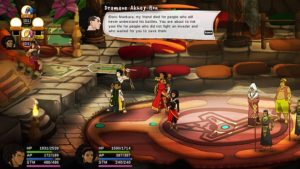 I loved everything about the idea behind the game — unfortunately, in execution, every aspect of the game feels just a little unpolished.

The story is alright. At the plot level, it’s very interesting and I love the freshness of a world based on African folklore. However, the moment to moment dialog is often incredibly expository and occasionally breaks the fourth wall. “Ah, Enzo, good to see you! As you know, I am your uncle. You should speak to the elder! He is to the right.” 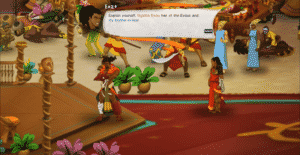 In the moments when the dialog is not being overly expository, it is riddled with minor translation oddities. A character may say a line that sounds incredibly odd, like “You must go in the direction of the elder,” rather than a line that sounds natural in English, such as “Enzo, the elder was looking for you.”

It’s unfortunate, because some of the dialog is quite charming, and the characters definitely have personality.

I’m a big fan of Star Ocean. Less so of the Tales series, but that’s just because there are so many of them that it feels formulaic and repetitive — still, I love the Tales style gameplay. Here, you can see that they’re going for a similar type of gameplay, but it just doesn’t quite get there.

Foremost, the physics feel incredibly off. Enzo is floaty beyond belief. When attacking in the air, his downward momentum slows dramatically and allows you to, if you keep attacking, basically float forever. When you attack enemies, they enter a hitstun state and slowly slide back.

Although the game is going for gameplay reminiscent of a fighting game, it doesn’t capture the magic of what makes those games fun. Unlike the tales games, there’s little thoughtfulness to be had about chaining different normals together or stringing moves together to create a combo. Because of the odd way the hitstun works, in practice, you just end up spamming the same moves over and over again.

Feedback doesn’t feel good. Enemies don’t react proportionally to the actions you’re doing. For instance, launch someone off the ground, and they casually float into the air, stuck in your attack chain. Speaking of launching, attacking an enemy with an air attack of any kind sort of pulls them into your attack chain like a vortex — this is how you launch enemies into the air. Imagine playing a fighting game and performing a jump-in, and having the enemy’s reaction be to rise slightly off the ground,

The game tries to simplify the fighting game DNA, but also needlessly over-complicates the system it does come up with by filling it with superfluous buttons and mechanics. It reminds me of Star Ocean more than anything else, but Star Ocean’s battle system feels a lot more streamlined. To execute a skill, you need to press the skill button and the direction button corresponding the skill you’ve equipped at the same time. Why? Why not just make it so you can hold the skill button and press the direction button?

Similarly for dashing, there is a specific button related to the dash mechanic, which works the same as the skills: you have to press the dash button and the direction at the exact same time. Why is this not combined with blocking? Why not just make it so if you press right or left while blocking, you perform a dash? Or, since the dash has its own dedicated button, why not make pressing it just dash in whatever direction you’re currently facing, like Megaman X?

A lot of the gameplay is based around a system of turning on a fighting mode, similar to something like V-ism in Street Fighter Alpha 3. But, the way it works, you activate it at the start of every fight, you always have it on, and all it does is enable you to use moves that are pretty basic and that you should probably have access to at all times anyway. So why make this a temporary powerup? Why not make it the ability to switch stances or something?

Base-level problems with the combat aside, Enzo has a wide variety of cool and conceptually different skills, and the animations all look quite good. The Aurion system, aside from having to activate it, is a cool mechanic. It makes it feel like you have a variety of playstyles at your fingertips, even though you’re only playing as one character. Basically, it’s similar to Gen’s stance-changing in Street Fighter; it changes up your fighting style. 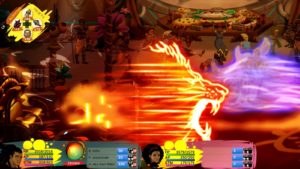 The art is definitely one of the standout achievements of the game. The animations are killer, the African setting is fresh and well executed, and the character designs are just cool as hell. In fact, you meet so many awesome warriors throughout the game, that I really wish you had a few more characters to play as. I wouldn’t like to see a party system necessarily, but I’d like to have seen some tag-in kind of feature like Dragonball FighterZ. 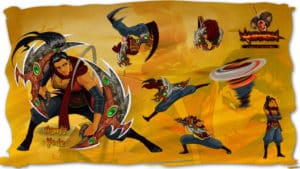 I do have two small gripes about the art. First, the UI breaks a lot, which is not a big deal, but it looks a little amateurish when, for example, text spills outside of the dialog box, or a quest marker is off-center over a character’s head. Second, there’s a certain quality to the animation style that I can’t quite articulate which makes it feel reminiscent of old online Flash games circa ~2005. This mostly applies to NPCs, and may have something to do with the saturated color palette and low frame-count animations.

Overall, Aurion is a fantastic concept, a fresh world, with a cool gameplay system. Its execution is flawed and, taken alone, none of those flaws are major, but the sheer volume of them makes it hard to tolerate. If you can look past these flaws, it’s a great experience. If everything was executed about 20% better, this could have been an indie masterpiece.

I look forward to seeing what the studio does next. I feel as thought they made all the right decisions and their vision is spot on. I hope they iterate on this project, fix a few of the problems, and keep making games.

Oh, also, there’s a comic-book for the Aurion universe. Check it out. 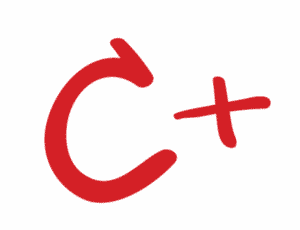 If you find you keep coming back, sign up for an account! With an account you can customize your profile and write blog posts that are seen by all other users, as well as possibly being showcased on the main site. Registered users can also comment on posts and view each other's profiles.

Why YOU Should Watch Good Mythical Morning

Good Mythical Morning is YouTube’s answer to TV’s pervasive morning shows like Good Morning America, hosted expertly by Rhett, a man who is slowly turning into a human/lion hybrid, and Link, who is clearly an […]

If you’re playing Borderlands 3, you may have heard of the Brainstormer, a legendary shotgun capable of tearing through mobs with huge AoEs of chaining electricity. This guide will tell you all you need to […]

Why You SHOULD Kill the Wasteland 3 Synths

If you’re wondering what the consequences for killing the Wasteland 3 synths for Gary “NaCL” Wolfe are, this is the guide for you. If you’re playing Wasteland 3, you may have been introduced to Gary […]