Battle Chasers: Nightwar is an indie RPG by a dev team from Texas called Airship Syndicate.  It’s their first game, and after a successful kickstarter, it was picked up by THQ Nordic.  Which surprised me, honestly, because I thought THQ went under, but it turns out Nordic Games picked up huge chunks of THQ, including the name, and rebranded themselves.

Not going to lie, I was pretty excited for this game.  They collaborated with Powerhouse Animation, which made the Castlevania Netflix show, and they’re just an absolute dynamite animation studio.  In addition to that Battles Chasers itself is a pretty successful comic series published by Image Comics.  Played a build at Gamescom in Cologne back in August and it only heightened my hype. 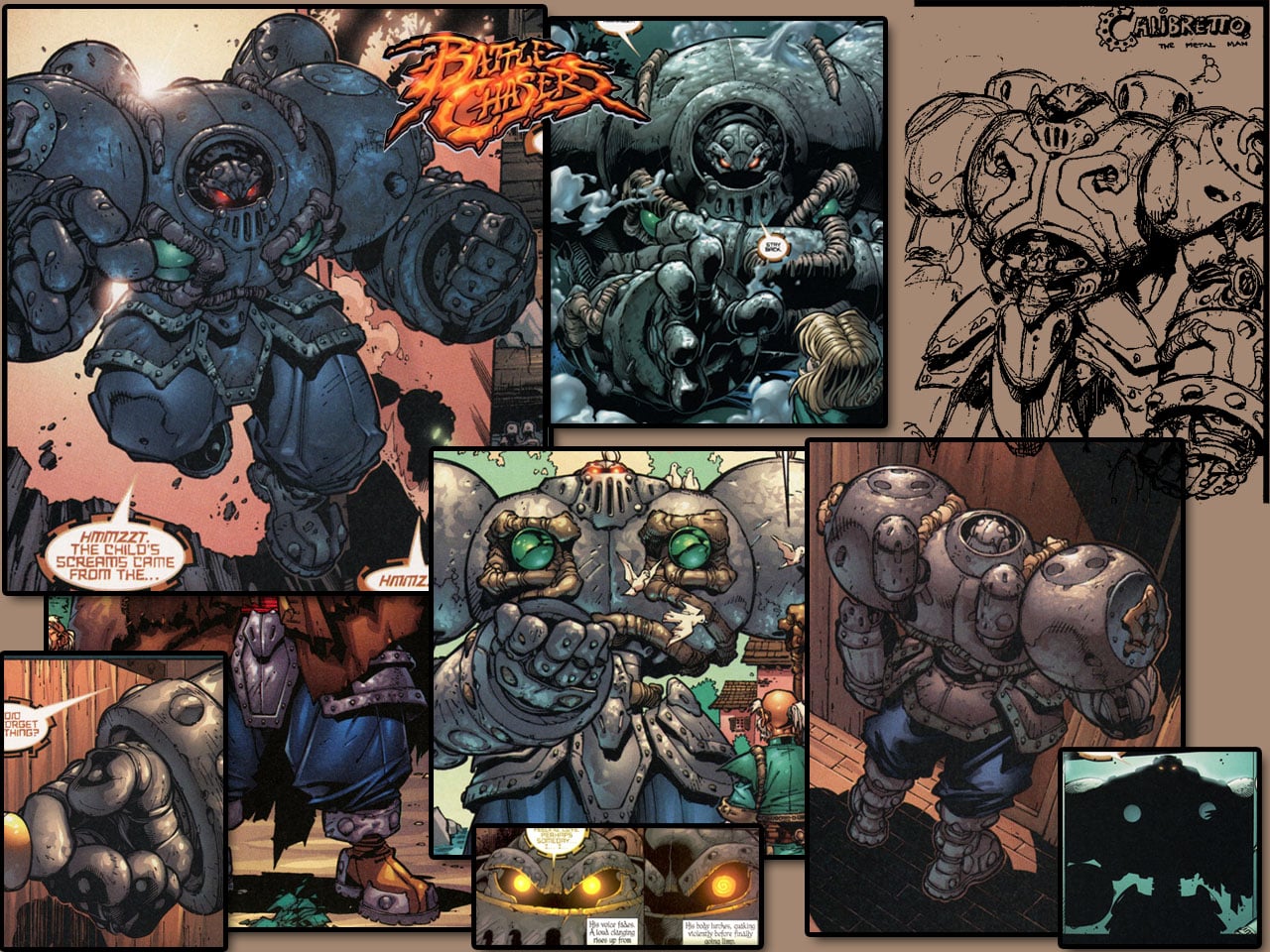 Well, the game came out last Tuesday and I’ve been able to get through a sizable chunk of it, probably about half, and I feel like I’m in a place where I can write a review.  Let’s start with the good stuff.

The character designs are incredible.  I love all of the team members.  In line with this, the animation is also really, really good.  Every once in a while, the game presents you with a scene told through a motion comic and, while these are the kinds of things I often skip in order to get back to pushing buttons as quickly as possible, I find myself sitting through them purely to enjoy the quality of the animation.  You have six party members: Gully, Garrison, Calibretto, Knolan, Red Monika and Alumon.  Each of them is assigned to a RPG style role, but they have pretty interesting skills.

The gameplay itself is strong for a turn-based RPG like this.  The skill designs for each character are varied and useful.  Gully, for instance, is a tank with a ton of interesting skills.  Of course she has your typical taunts and stuns, but she has a number of skills that add shields to your party members.  The skill I found myself using as her bread and butter is ‘Barrier Fist’, a strong attack that puts a shield on a low health ally equal to a percentage of the damage you deal.  This typical role with a creative twist philosophy extends to the other characters as well.  Alumon is a healer whose shtick is based on health siphoning and a general vampiric theme. 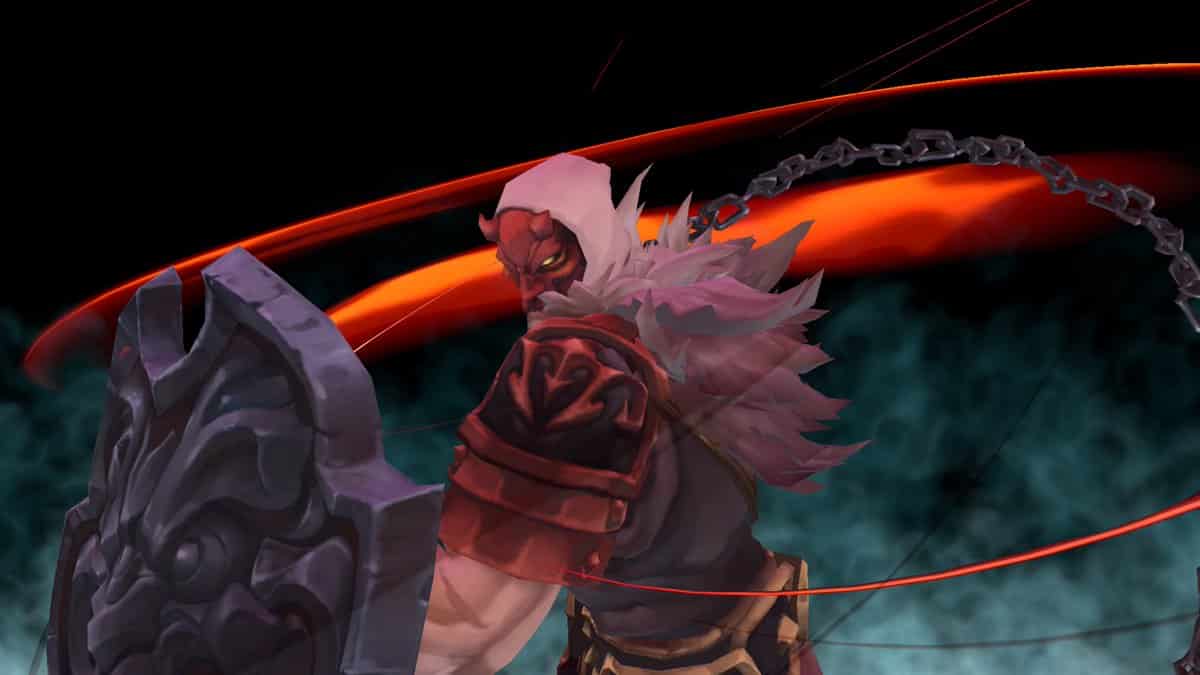 Each party member has two different skill trees you can progress down, which specializes them in a certain direction.  As an example, Knolan, your mage, can either become an arcane & healing master or go the route of specializing in elemental spells.  Red Monika, your rogue, can specialize in crits and subtlety or become more of a fighter type. 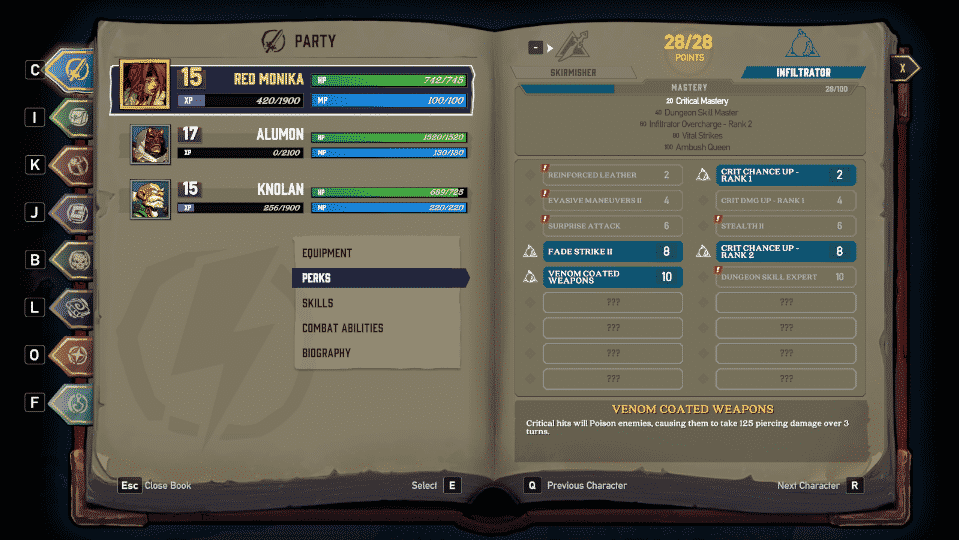 The game takes elements of single player collection RPGs like Borderlands and Diablo by having you go through randomized farming dungeons multiple times.  For its subsystems, it actually takes a lot of influence from World of Warcraft.  Not only does it have an overall WoW kind of ‘vibe’, you have blacksmithing, herbalism, enchanting, all these secondary systems you would find in WoW.  Those things are welcome enough.  Although, WoW influence aside, if I were to pick one RPG this game reminds me of, it’s the Breath of Fire series from Capcom.  The diversity of the cast, the world, the way you walk around, the feeling of the animations, the story itself, the fishing, it all feels very ‘Breath of Fire’.

As for the bad, there’s a decent amount of bad.  I found myself desperate for a sprint button.  Your characters run so slow.  When I’m running across the map or backtracking my way through a dungeon, I feel like the game is aggressively wasting my time.  Secondly, the controls were a big pain for me.  I’m playing on PC and while the game could easily be played with just a mouse like Diablo, it forces me to use the keyboard and, not only that, some bizarre control scheme where I need to press Q, W, E, and R on a regular basis, requiring me to use both hands.  It’s not that this is necessarily a problem in and of itself, it’s that it’s so unnecessary.  There’s nothing about this game that couldn’t easily be controlled with a mouse, and there’s no way, as far as I can tell, to modify the key bindings. 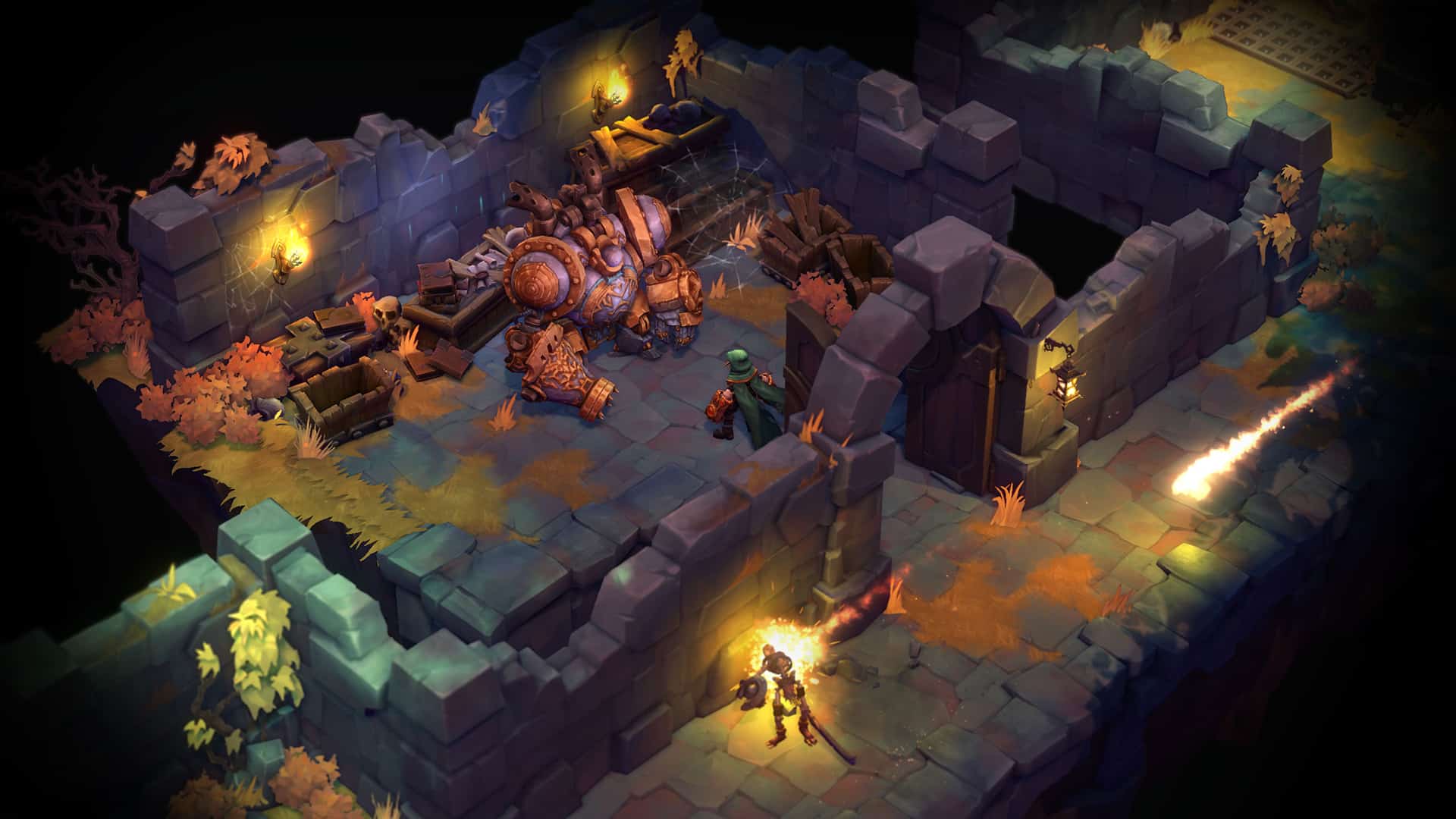 The difficulty also spikes pretty dramatically after about the 3rd dungeon, and not in an engaging way — in a ‘go farm through dungeons three or four times to level up and get better gear’ kind of way, which feels like a way to artificially pad the time it takes to get through a playthrough.  This makes sense in say, a mobile game, which is siphoning money out of you to break through difficulty walls, or a subscription game like WoW that wants to stretch content as far as it can go, but here it feels unwelcome, at least when you’re only about a third or halfway through the story. 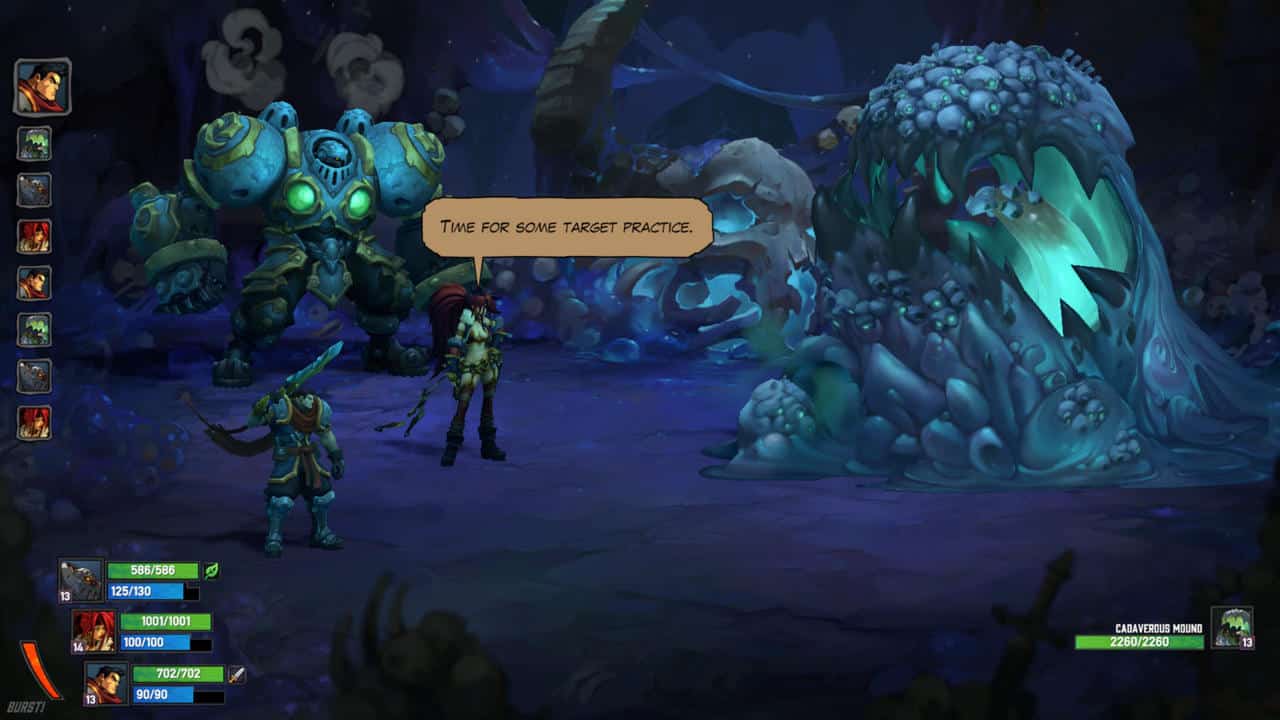 Which brings me to the story.  It’s not that it’s incredibly bad, it’s just trite and common.  There’s nothing that really separates it from your typical, run of the mill, Saturday morning episodic fantasy story.  The world and the characters that inhabit the story are interesting, but it boils down to ‘stop the over the top evil demon’.  There’s nothing you’ll find in this story you wouldn’t find in say, Fire Emblem.  Which is a shame because the execution of the story is decently engaging: the voice acting and motion comics, which I mentioned before, are pretty entertaining.  In its best moments, you feel like you’re watching a decent Saturday morning cartoon. 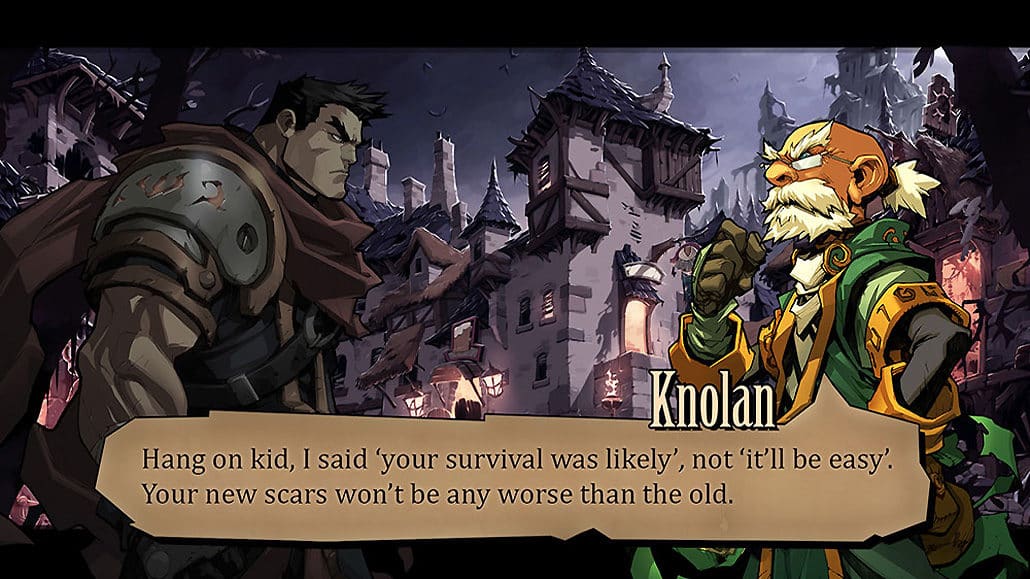 So that’s about it.  As an RPG fan, it’s a pretty good game.  I’m going to play it more, not sure yet if I’ll finish it (depends on how grindy it gets), but if you’re not big on turn based RPGs, you might want to steer clear or you’ll be bored to death.

If you find you keep coming back, sign up for an account! With an account you can customize your profile and write blog posts that are seen by all other users, as well as possibly being showcased on the main site. Registered users can also comment on posts and view each other's profiles. If enough people sign up, I'll add more social features to the site.

If you’re planning to use Dragapult in Pokemon Sword & Shield, you’ll want to know what the best possible moveset and build is. Dragapult is this game’s pseudo-legendary dragon and it boasts extraordinary speed, high […]